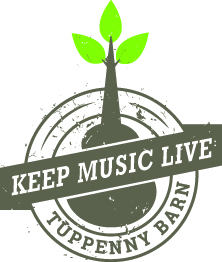 A TRIPLE FEAST OF NEW MUSIC

The new concert season is in full flow with several well-known artists taking the opportunity to feature their latest musical offerings.

And the good news is that all three of the groups we have booked for the first half of this year have new albums ready to share with their audiences.

First up on Saturday 29th February is Alden, Patterson & Dashwood, a highly acclaimed folk trio from Norwich who over the last three years have been building their reputation as none of the best new acts in the UK and Europe, including main stage slots at prestigious festivals and a 23-date concert hall tour with folk legends, Show of Hands. 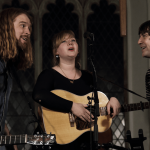 Their latest tour takes in 70 dates at theatres, folk clubs and festivals and features material from their third album “Waterbound” which will be released in the spring.

It was back in February 2018 when we hosted the innovative duo India Electric Company. At that time Cole Stacey and Joseph O’Keefe, had  been touring with Midge Ure of Ultravox as well as presenting their own brand of contemporary folk at festivals and concert venues in the UK and Europe. 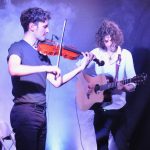 Their current tour coincides with the much anticipated release of their second album and the most exciting news is that Cole and Joseph will play at the Barn on Saturday 4th April 2020, the day after the album is launched at Kings Place, London.

Cheerful songs are often anathema to folk singers. But for the estimable Edgelarks, their fifth studio album seemed the perfect time to release Feather, a collection of unruffled songs suffused with hope, joy and celebration. 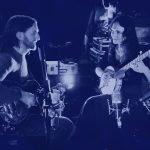 Described as ‘bright songs for dark times”, we look forward to the results of Phillip Henry’s much extolled musicianship and Hannah Martin’s highly original song writing and her deep, soulful voice on Saturday 23rd May 2020.

Enjoy and please continue to give us your feedback and ideas for future events.

For further information about Music@theBarn or if you are interested in playing here, please contact Claire Falla at claire@tuppennybarn.co.uk or 07981 914232.

Refunds/Returns: All tickets purchased for Music@theBarn events at Tuppenny Barn are non-refundable and non-returnable unless the event is cancelled.